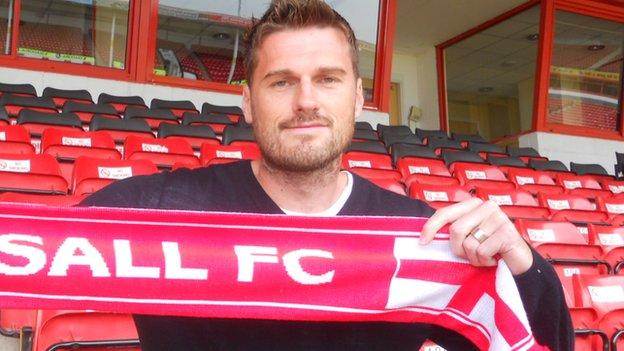 Former Saddlers, Oxford United and Wolves keeper Kearns, who made 18 appearances for the Republic of Ireland, announced his retirement at the age of 62 earlier this week.

"We are well aware of Neil's ability as a goalkeeping coach," said Smith.

"He comes here with a good reputation and as someone who is based locally, it is a perfect fit for him and the club."

Wolverhampton-born Cutler will help join in the search for a full-time keeper for the Saddlers, who saw out last season with a string of loan players in goal.

Cutler, who began his career at West Bromwich Albion, had loan spells with Coventry City and Chester City before joining Crewe Alexandra without playing a first-team game for The Baggies.

He then returned to Chester before being signed by John Gregory in 1999 for Aston Villa.

He went on loan to Oxford, before moving on to Stoke and helping the side to promotion via the Division Two play-offs in 2002.

He played an influential role the following season on loan with Swansea City, who he helped to avoided relegation from the Football League. But, after being released by Tony Pulis at Stoke in 2004, and a season at Stockport County, his career ended in his second year with Rotherham United.

After becoming goalkeeping coach under Alan Knill at Bury, he then followed his old Rotherham boss to Scunthorpe United in March 2011 before leaving the club at the end of last season.

"I've had a good, long chat with Dean Smith and I'm happy to be joining a club that is going places," said Cutler. "Dean is a top young manager and Richard O'Kelly is a great coach, so I can only learn from them.

"I have lots of ideas on how I want my goalkeepers to be. I'll be implementing those ideas from academy level right to the top.

"It's an extremely important position and the club will be taking its time to ensure that we bring the right people in."