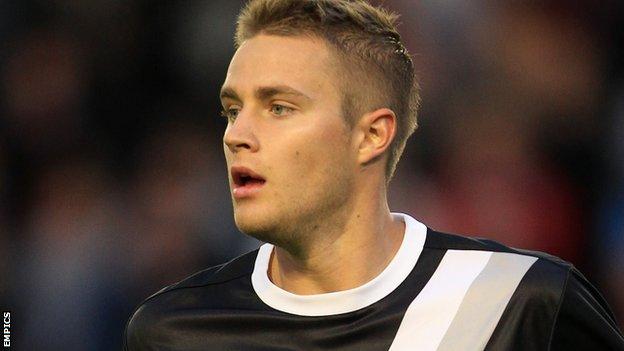 The 24-year-old began his career at Southampton where he played in the same youth team as Tottenham's Gareth Bale and Arsenal's Theo Walcott.

As well as the Shots, Lancashire has had stints at Grimsby and Walsall.

"I've liked him for a long time. He's a good football player, he reads the game well and it is a really good pick-up for us," said manager Keith Hill.

"When he was due to leave Southampton in 2010 we tried to recruit him but missed out.

"He struggled with injury last season but he's over those injury concerns now and he's really looking forward to working with us. He understands that we're ambitious, he's ambitious and he's looking to get going again."