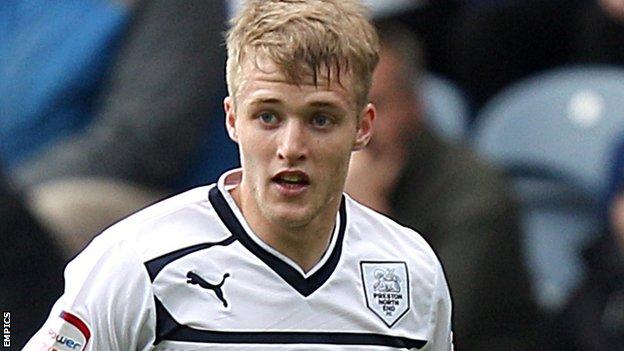 Preston winger Will Hayhurst has signed a new two-year contract keeping him at the club until 2015.

The 19-year-old Irishman took up a one-year extension in May, but this is a new deal for the youngster.

After making his debut in April 2012, the Republic of Ireland under-19 international has featured 27 times, scoring four goals.

I have done a lot of things I never thought I would do, like score at Deepdale

"One or two other clubs might have been sniffing around and we wanted him tied down," said boss Simon Grayson.

"He will now be looking to improve on the performances that he put in for the club last year."

The academy graduate featured regularly under Grayson towards the end of the last League One campaign and was pleased to commit to his hometown club.

"I have done a lot of things I never thought I would do, like score at Deepdale," said Hayhurst. "It has been a real dream come true and I am so happy to sign my new contract.

"Every day I was thinking about signing and starting the season with Preston, so after getting it done I am very much looking forward to the new season."