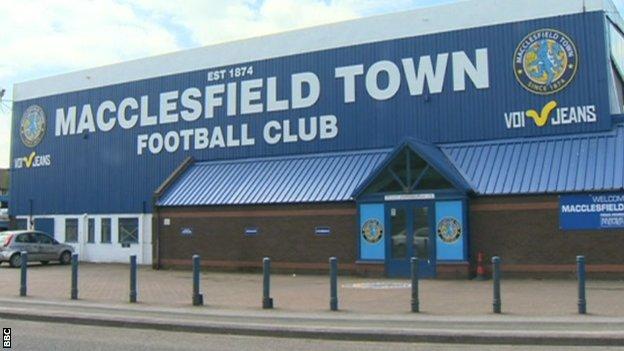 Macclesfield Town have revealed they need £50,000 by the end of July to continue running after they ended last season £500,000 in debt.

Cheshire East Council have already handed the club £285,000 for the freehold of the Moss Rose ground.

What is a Community Interest Company?

The department of Business, Innovation and Skills says Community Interest Companies (CICS) are limited companies, with special additional features, created for the use of people who want to conduct a business or other activity for community benefit, and not purely for private advantage.

Associate director Andy Scott says without those funds they were close to being issued with a winding-up order.

The Silkmen recently announced they will become a Community Interest Company as they restructure the club.

At a fans forum held at the Moss Rose it was stated that as well as the funds needed before the end of July they will also require another £50,000 by the end of August.

Following their relegation from League Two, which ended a 15-year stay in the Football League, Macclesfield finished 11th in the Conference Premier last season and also reached the fourth round of the FA Cup for the first time in their history.

However, manager Steve King was sacked towards the end of the campaign and John Askey and Efe Sodje were recently appointed as the new management team.

Former chairman Mike Rance and Andy Scott will be part of the new CIC board along with present owner Amar Alkadhi.