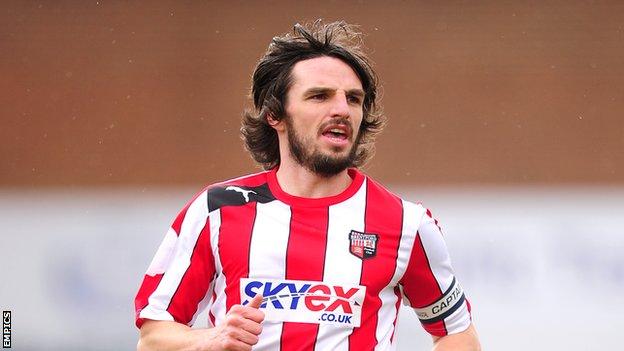 Brentford midfielder Jonathan Douglas underwent surgery on his right knee this week and could miss the start of pre-season training.

The 31-year-old made 53 appearances for the League One side last season.

Neil Greig, Brentford's head of medical, said: "The procedure was to correct an ongoing condition that had developed over a long period of time.

"It had been restricting his training and matches towards the end of the season."

Grieg told the club website: "The surgery was delayed following the end of the season in order to allow the knee sufficient time to settle down from the demands of the season.

"This will hopefully make the recovery process a smoother journey for Jonathan.

"Following a period of rest and recovery Jonathan will begin a graduated rehabilitation programme.

"The timescales of this will be easier to estimate following the initial period of rest, as we see how the knee responds post-surgery."

Douglas joined Brentford from Swindon Town in June 2011 and extended his contract until the summer of 2015 earlier this year.