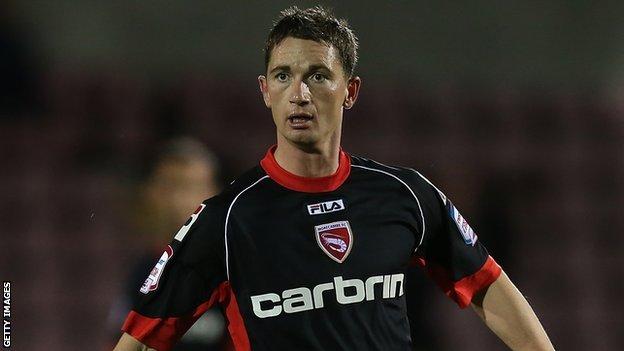 St Johnstone have signed midfielder Gary McDonald after the 31-year-old .

And Saints have also extended the stay at McDiarmid Park of defenders Frazer Wright and Gary Miller.

Like McDonald, they have signed one-year contracts with the Perth club.

McDonald had joined Morecambe from Hamilton Academical but turned down a new deal on reduced terms after his 49 appearances this season.

Having started his career with Kilmarnock, Irvine-born McDonald went on to play for Oldham Athletic and Aberdeen before joining Accies.

He becomes Tommy Wright's first signing since succeeding Millwall-bound Steve Lomas as manager last week and the former assistant has also secured namesake Frazer and Miller for another season.

In Miller's first season with St Johnstone, the 26-year-old previously with Ross County made 21 appearances.

The 33-year-old Wright, who had joined the Saints from Kilmarnock in 2011, made 38 appearances for the Perth outfit this term.