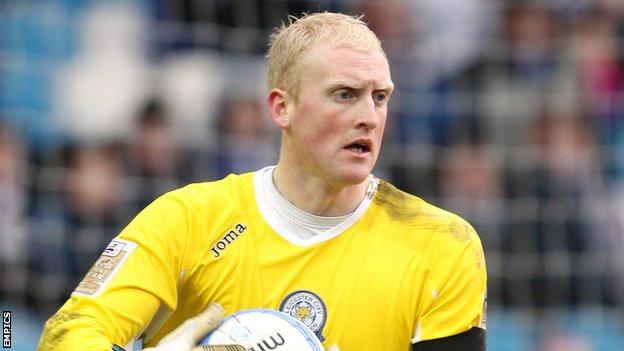 Leicester City keeper Conrad Logan has agreed a new two-year deal to keep him at the King Power Stadium until 2015.

The longest-serving player in their current squad, 27-year-old Logan has made 29 appearances since coming through the club's youth ranks.

However, he has failed to make an first-team appearance for the Championship club since October 2010.

He has spent much of his career out on loan, playing 128 times at six clubs including Stockport and Rotherham.