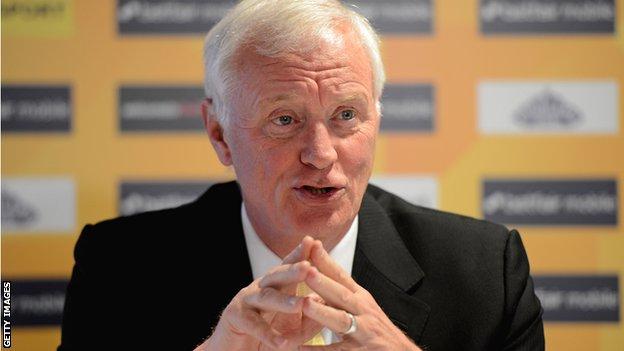 Leyton Orient chairman Barry Hearn is refusing to give up their fight over the Olympic Stadium tenancy.

In March, Premier League West Ham United were awarded the right to occupy the stadium from August 2016.

However, Hearn wants League One Orient to groundshare with the Hammers and is seeking a judicial review of the bidding process.

"We're going nowhere. We've made our point and we've paid our lawyers," he told the club's website.

"The oral submission application has been put forward, now we're waiting for justice but don't expect any movement until September."

Hearn has claimed West Ham's move to a stadium that is just three miles from the O's Brisbane Road ground would seriously harm their attendances.

Orient, who had an average league gate of 3,947 last season, recently announced plans to offer 1,500 free season tickets to students and under-18's for the 2013-14 season in an effort to secure a new generation of supporters.