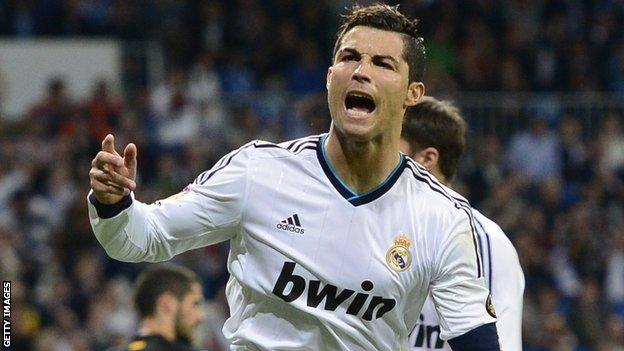 Real Madrid forward Cristiano Ronaldo has dismissed reports he is set to sign a new contract with the club.

The 28-year-old has been linked with an £85m move to French side Monaco.

The Portuguese's current deal expires in 2015 but Real president Florentino Perez suggested he would renew it this summer and "retire at Real Madrid".

However, Ronaldo, who joined the club in June 2009 for £80m from Manchester United, tweeted: "All the news about my renewal with Real Madrid is false."

Ronaldo has spent four seasons at the Bernabeu, scoring 201 goals in 199 games in all competitions and helping them win La Liga in 2011-12.

Earlier this week, Perez was quoted by Spanish newspaper Marca as saying: "I would bet Cristiano will retire at Real Madrid because it's the natural thing.

"We will negotiate the new contract before the start of La Liga and I am convinced that everything will come out well.

"To renew Cristiano before the start of the season is my desire and my ambition. We will do everything possible to make it happen."