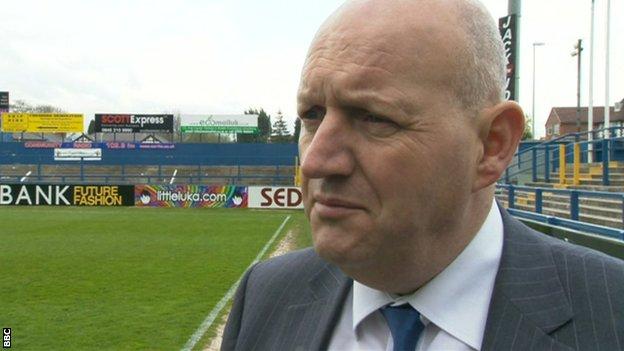 The Silkmen became a community-owned club last week and Harris says "it's a good time to go" following the deal with Cheshire East Council.

Harris, 52, has also worked previously with both Wrexham and Shrewsbury Town.

"It seemed like the timing was probably right for me to make this move" said Harris, who will take up the role of general manager/secretary at Aggborough.

"I'd had the offer from Kidderminster for a while and, with the move from the club to the new business model, it seemed a sensible option for all parties.

"The Community Interest Company route is a great move for the Silkmen and one which has allowed the council to help save the club from the financial issues which have tied our hands so much over recent months.

"But it is also one which has a different management structure and my departure will help ease that process.

"I feel that I have done my best for the Silkmen during my time with the club and hope that, having played a part in steering the club through financial problems towards the end, I am leaving the club in a healthy situation and able to flourish in the future."