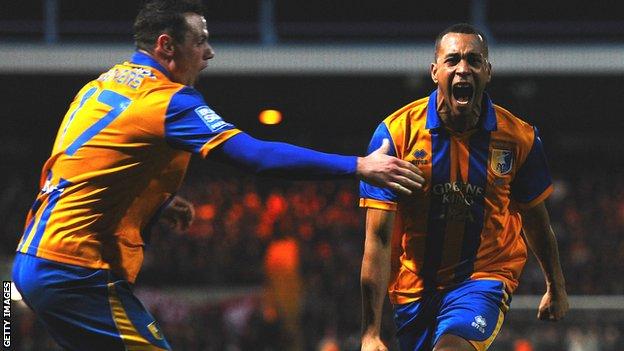 Mansfield Town manager Paul Cox has said that the future of top scorer Matt Green is out of his club's control.

The 26-year-old striker, who has netted 57 times in two seasons with the Stags, spent time on trial at Birmingham this summer, and Cox says Green is talking to a number of clubs.

"There are a couple of clubs that are yet to make a decision," Cox told BBC Radio Nottingham.

"If they don't offer him anything, he wants to come back and play for us."

And Cox says he would understand why Green, who is out of contract this summer, would want to move in order to further his career.

"I know the Matt Green saga keeps rolling on but I had a chat with him on Saturday and if he leaves this club it will be to do with ambition," Cox commented.

"He's not chasing fame and fortune, he wants to test himself at the highest level.

"But saying that, I've got to do a job for Mansfield, and my priority is to make sure we're not letting opportunities to sign good players disappear because we put all our eggs in one basket."