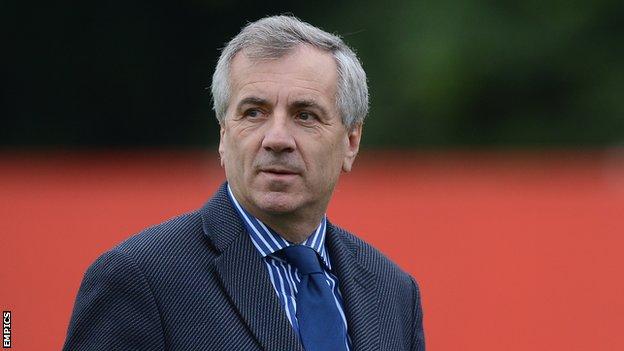 Long joined the club this week after talks with Varney, the man heading the club's takeover by KEH Sports Limited.

"I've known Pete for many years and there isn't anyone better to have come into the club," he told BBC Radio Kent.

"Ebbsfleet are lucky. I was here a few weeks ago and the staff were seriously concerned about the club's future."

Long, 28, was on Charlton's books from the age of 10, but left the club a decade later without making a senior appearance.

He later had a three-year spell with Fleet from 2006, making over 100 appearances, before moving on to Stevenage and AFC Wimbledon.

There is a now a strong Charlton connection at Stonebridge Road, with former Addicks Steve Brown and Steve Gritt appointed manager and assistant boss earlier this month.

Varney himself had a spell as chief executive at the Valley.

Long added: "With the history I already have at the club I'm just delighted Ebbsfleet have managed to have someone like Peter Varney running things.

"It's a special club with a place in my heart and I think there's a bright future here."