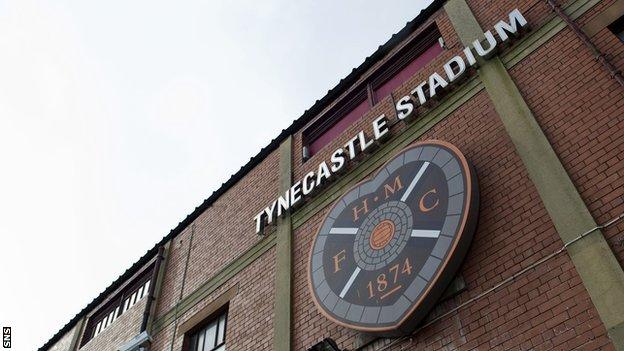 The administrator of Hearts' main creditor, which is to be liquidated, plans to keep the Scottish Premier League club running as a going concern.

A court in Lithuania has upheld a decision to liquidate Ukio Bankas, which Hearts owe £15m.

And he insists he has "no reason or desire to harm Hearts".

"Ukio Bankas has now to deal with lots of debts and return the funds to its creditors," he explained.

"In the ongoing processes, we must at all times consider the best interest of the creditors of Ukio Bankas.

"Heart of Midlothian Plc is one of the companies indebted to the bank. There are several possible alternatives to dealing with this case, but our initial assessment indicates that most likely the most extensive return for Ukio Bankas creditors may be achieved by keeping the club operating.

"For now, we have no reason or desire to harm Hearts, so our primary initiative, having solved the regulatory and other issues, is contemplated to be the sale of Hearts."

Ukio Bankas, formerly controlled by Hearts' majority shareholder, Vladimir Romanov, holds 29.9% of Hearts shares, while UBIG, the investment group in which Romanov still has a controlling interest, own 50%.

Hearts also owe £10m to UBIG, which is claiming insolvency.