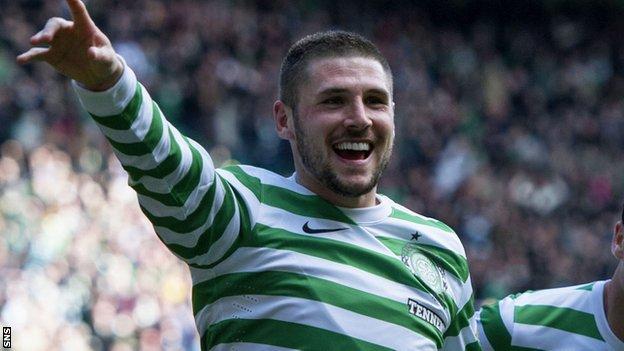 Hull City must decide whether to increase their offer after Celtic turned down a bid of around £4.5m for striker Gary Hooper.

The Bhoys value Hooper, 25, who has a year left on his contract and scored 31 goals last season, at nearer £7m.

Celtic, who paid Scunthorpe £2.4m for Hooper in 2010, rejected a series of bids from Norwich City in January.

The 23-year-old played his first senior game for the club against Sheffield Wednesday in January.

He joined the Tigers from Rotherham United in 2008 and subsequently gained first-team experience through loan spells with Walsall, Grimsby Town and Burton Albion.