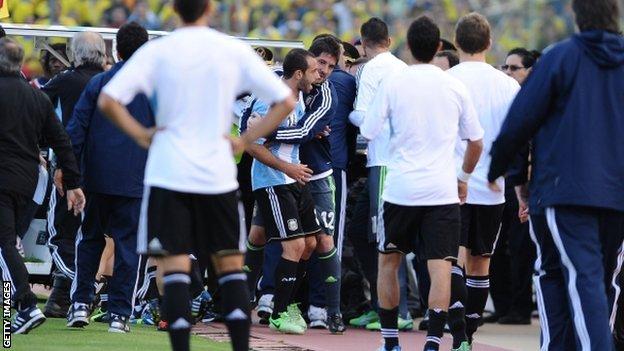 Argentina's World Cup clash in Ecuador was marred by a bizarre incident when Javier Mascherano was sent off for kicking the driver of a medical cart.

The 29-year-old Barcelona midfielder appeared to have water thrown at him as he was being taken off the pitch, after picking up a knock, and then kicked the medical staff member navigating the cart.

Referee Enrique Caceres showed Argentina's captain a red card in the 86th minute which led to angry scenes on the touchline.

The match in Quito finished 1-1.

Argentina still lead the standings in the South America qualifying group on 26 points, three ahead of second-placed Colombia.