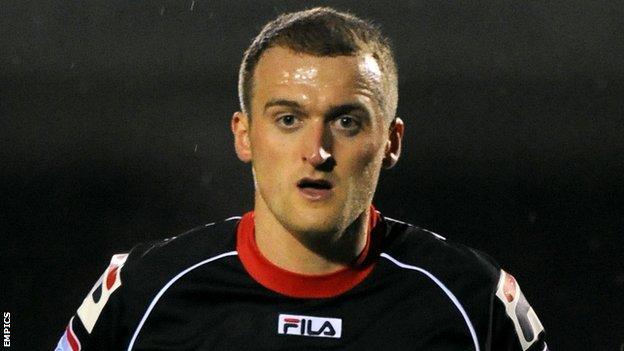 Plymouth will sign winger Lewis Alessandra on a two-year deal after he rejected a new contract at Morecambe.

Shrimps boss Jim Bentley said the 24-year-old had initially agreed to remain at the Globe Arena but "has since had a change of heart".

Alessandra, who played 47 times last season, will join the Pilgrims when his Morecambe deal ends on 1 July.

"I think he's at a good age and he can be a really good player for us," boss John Sheridan told the club website.

"He's got a lot of things to his game - he can play on the wing and anywhere across the so-called front four - but I like to see him up front."

Sheridan handed Alessandra his professional debut in 2007 when they were at Oldham together.