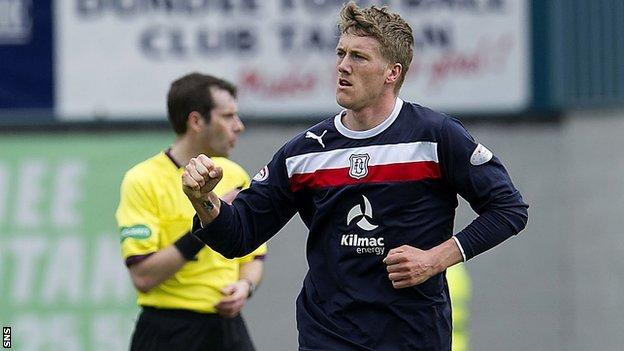 Jim McAlister is one of three players who have signed new deals with relegated Scottish Premier League side Dundee.

The 27-year-old midfielder, who joined from Hamilton last summer, has signed a two-year deal with the club.

Defender Matt Lockwood, who joined Dundee in 2010, has also agreed to extend his stay with John Brown's side.

Goalkeeper John Gibson, who spent much of last season on loan at Elgin and Montrose, has also agreed a new deal.

As well as retaining McAlister, manager John Brown has signed