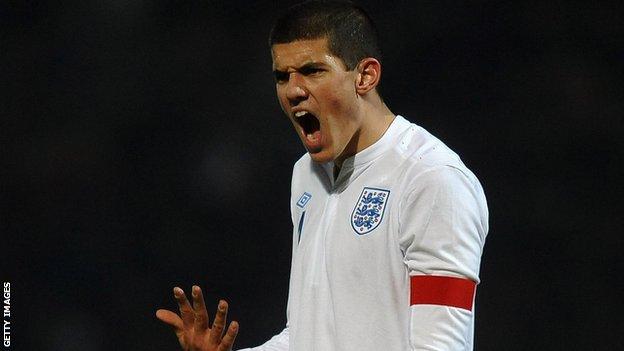 Liverpool midfielder Conor Coady has been named as England's captain for the Under-20 World Cup in Turkey.

He made his Premier League debut for the Reds in a 3-1 win at Fulham in May.

England travel to Turkey on Wednesday for final preparations ahead of their first game against Iraq on 23 June.

They then play Chile on 26 June, before completing the group phase against Egypt on 29 June.

England's last Under-20 World Cup campaign in 2011 was practically ruined before it started when more than 50 players withdrew from the squad. That was largely because the tournament in Colombia clashed with the end of English football's pre-season.

Fifa has addressed this by bringing the 2013 competition forward by almost a month, resulting in no withdrawals from Taylor's squad.

After the Under-21 team's dismal showing at the ongoing European Championship, the Football Association, as well as the clubs, will be eager for this age-group to continue to show the promise they have displayed in recent years.

History does not bode well for England, though, with the Three Lions only ever progressing to the semi-finals of this competition twice, the last time coming in 1993.