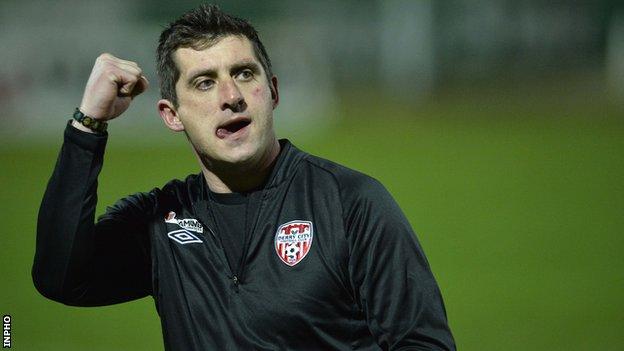 Derry City will face Bohemians away in the quarter-finals of the EA Sports Cup on Monday 1 July.

Tie of the round is the all-Premier Division clash between holders Drogheda United and Cork City.

Derry defeated neighbours Finn Harps on penalties in the previous round after the game finished 1-1 after extra-time.

All the quarter-finals will take place on 1 July.