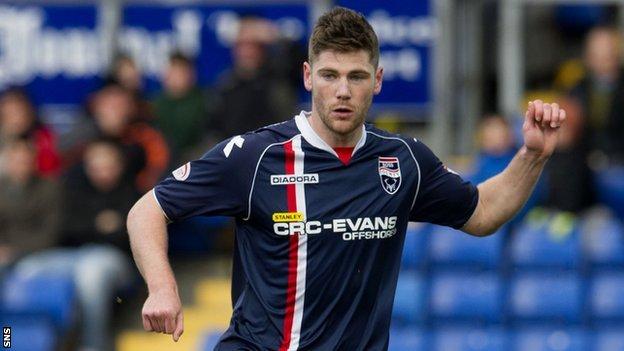 Vigurs, who joined County in 2009, scored nine times last season as they finished in the top half of the Scottish Premier League.

"I am absolutely delighted to be joining, Motherwell are a massive club who did so well last season," he told the club's official website.

"The club has a good fan base and a good manager in Stuart McCall; he was a big pull in me coming here and I am excited about working with him."

Vigurs began his career at Elgin City before moving to Inverness Caledonian Thistle in 2006.

He spent three years in Inverness before moving to Dingwall.