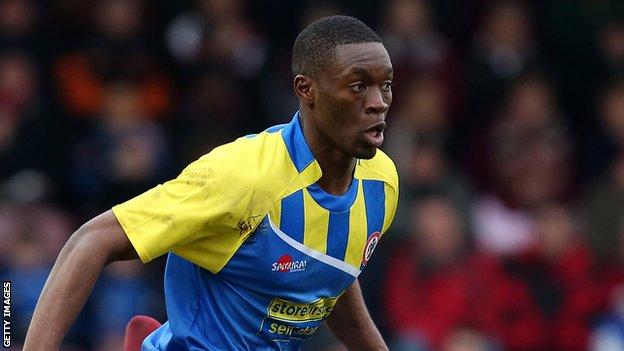 Gillingham have completed the signing of former Accrington Stanley midfielder Amine Linganzi on a two-year deal.

The 23-year-old made 13 appearances after joining Stanley in February.

Gills manager Martin Allen told the club website: "I believe we have a player who can helps us march onwards and upwards.

"He is massive and he was the best central midfield player that played at Priestfield last season. He will prove to be a good signing."

Algerian-born Linganzi moved to England in January 2010 when he joined Blackburn Rovers from French side St Etienne.

The Congo international was restricted to four appearances for Rovers and had a brief loan spell at Preston North End in 2011 before moving on to Stanley on a free transfer.