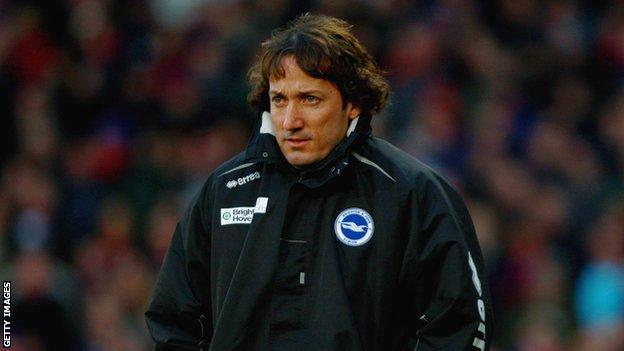 Brighton & Hove Albion assistant boss Mauricio Taricco has been cleared to return to his job by the club.

The 40-year-old was suspended last month along with manager Gus Poyet and first-team coach Charlie Oatway.

The Seagulls confirmed in a statement on the club website that "internal processes" concerning Poyet and Oatway were still ongoing.

It said: "The club looks forward to Mauricio's return to work following his scheduled annual leave."

Poyet, Oatway and Taricco were suspended by Brighton in the wake of the play-off semi-final defeat to Crystal Palace.

The club have been considering, among other issues, whether Poyet breached his contract with comments to journalists following the match.

"As such, the club is not able to make any further comment on this matter at this time."

Former Tottenham and Ipswich left-back Taricco joined the Championship club in November 2009 when Poyet was appointed as manager.