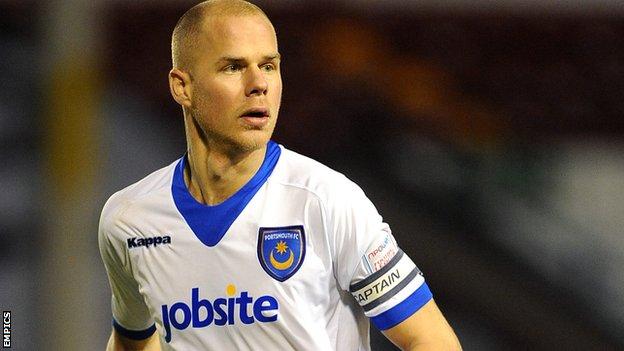 The Austrian, who can play in defence or midfielder, was handed the captain's armband in January following the departure of Brian Howard.

The 30-year-old, who has previously played for Crystal Palace and Sheffield United, made 39 appearances for Portsmouth last term.

His performances for the club saw him named the club's player of the year.

"When you get opposition managers saying to you after games 'I wish I had a type of player that Johnny Ertl is, who can spoil things, break things up and who has the energy to burst forward' then you know you've got a player who can do what you want them to do and who you need to have in the team."