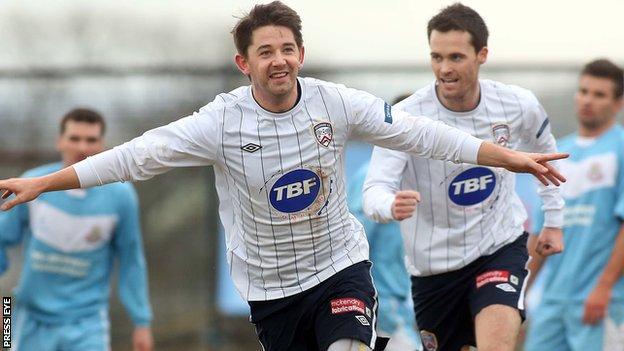 Inverness Caley Thistle have announced seven new signings and hope to bolster their reputation as "starfinders".

Marley Watkins, 22, was at Hereford United, while fellow midfielder Adam Evans, 19, was released by Burnley.

Defender Harry Hooman, 22, arrives from Cheltenham Town, while the signings of have also been confirmed.

Winger Greenhalgh, 20, who won a contract with Inter Milan through a TV reality show, moves from Ebbsfleet United.

"These seven players have now put pen to paper for us - there has been a lot of speculation surrounding a few of the lads, but we are delighted that the process is now complete," he told the club website.

"It's excellent work to get such a substantial piece of recruitment done so early and it shows the football department has done its homework.

"But we're not finished. Offers have been made to one or two others and we await news on them.

"We have some exciting new prospects joining the club and this has been a work in progress by the management team for some time now, not just for the past couple of weeks.

"This is the culmination of many thousands of miles in the car taking in hundreds of games, and a massive amount of man hours."

The other three signings have agreed terms and will be joining the club for pre-season training at the end of June, when their current contracts expire.

Butcher added: "We have been tracking these lads for some time now and we are delighted to have landed them in the face of stiff competition from elsewhere.

"It is testament to how far we have moved forward as a club when lads of this quality are willing to make the journey north to join us.

"Our squad for next season is almost complete and we can now look forward to few days off as we will all be back, raring to go, on 27 June and that's not too far away now."

Belfast-born Allen began his career with Bournemouth and had a loan spell with Isthmian League side Leyton before returning to his homeland with first Lisburn Distillery then Linfield and Coleraine.

He was Coleraine's top scorer for the last two season, netting a total of 44 goals.

While Allen won one cap for Northern Ireland's Under-21s, fellow new arrival Evans is a current Republic of Ireland Under-19 international.

Watkins started his career with Cheltenham before moving to Bath City then Hereford United in the Conference National.

Hooman has spent two years at Cheltenham, who he joined from Shrewsbury Town, but has been sidelined since October with a foot injury.

Although he was released at the end of the season, the Englishman was invited back to pre-season training by manager Mark Yates to prove his fitness for next season.