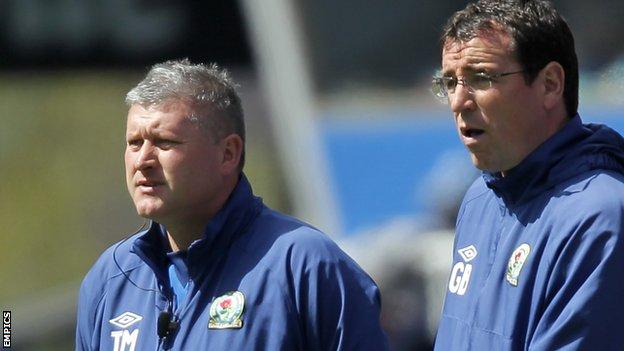 McPhillips, 44, worked alongside his role in the academy last season, assisting Gary Bowyer when he was in caretaker charge.

"They look forward to pushing the club forward and are determined to make this a success," said Bowyer

"They are both very hardworking and share the same values as myself, and played a massive part in what we did last season in keeping the club up."

Eric Kinder has also returned to Ewood Park from Carlisle and will become Under-21 head coach, assisted by Colin Hendry.

"It is important that you try and get people who care about the club or have an affiliation with it, and Eric certainly has that, "Bowyer added.

"It is a very good appointment for us, because Carlisle have produced a number of players through Eric's youth team and whilst I'm sure they'll be sad to see him go, we are delighted to have him on board."