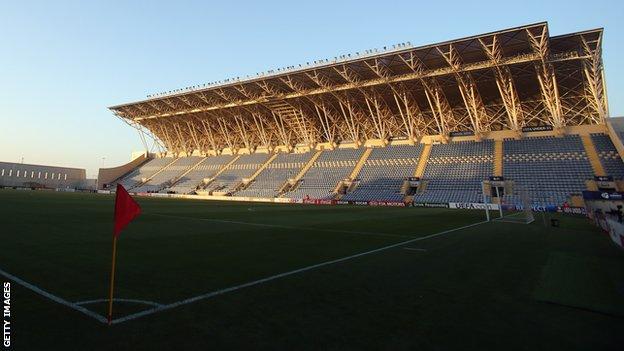 Uefa is to investigate how music including racially offensive lyrics was played before England's 3-1 European Under-21 Championship defeat by Norway.

The incident at the Ha Moshava Stadium in Petah Tikva, Israel, involved a song being played over the stadium speakers.

It was followed by an anti-racism message from Europe's governing body.

"There was a misunderstanding regarding instructions to the local DJ about acceptable lyrics inside the stadium," said a Uefa statement.

"The process will be reviewed accordingly."

England were knocked out of the tournament at the group stage after losing to Norway on Saturday.

Thomas Ince and Danny Rose returned to the England side for the match after serving a suspension following the ugly scenes that marred October's play-off win in Serbia.

After the match in Serbia, the Football Association reported "a number" of racist incidents to Uefa.