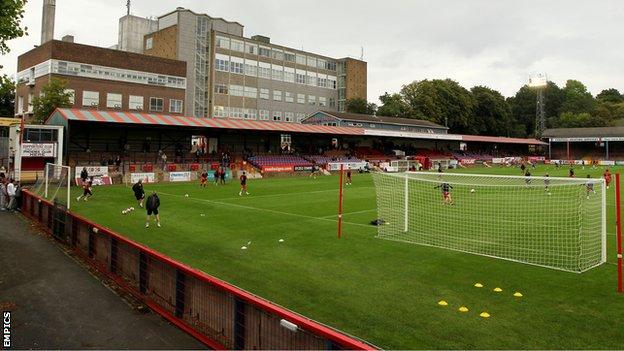 Aldershot Town have been accepted into the Conference Premier with a 10-point deduction for being in administration.

Just six players remain on the club's books after

The Hampshire side and owe £300,000 to football creditors, but were voted into the division at the Conference's AGM.

Supporters' group The Shots Trust has stated and has instigated a pre-share offer to prove its viability.