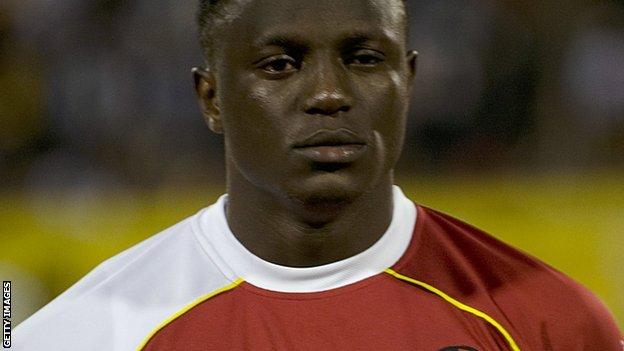 Kenya's new captain Victor Wanyama will miss Wednesday's World Cup qualifier against Malawi after being injured in their midweek defeat by Nigeria.

The east African country has never played at a World Cup and are almost certainly out of the race for Brazil.

They sit bottom of Group F, six points behind leaders Nigeria with only two rounds of games left.

Coach Adel Amrouche said he is already looking to the future and his intention is to build a team around Wanyama.

The 21-year-old midfielder, who plays for Scottish champions Celtic, will still travel with the squad for Friday's tie as Amrouche believes the player's presence is beneficial.

"Victor was unanimously named as stand-in captain by his team-mates, but I have made him permanent captain. He deserves it with his good example on and off the pitch," Amrouche said.

"We are beginning to build a young team for the future. That team will be built around Wanyama."

Amrouche gave the captain's armband to Wanyama after stripping the captaincy from forward Dennis Oliech, who was late to arrive at Kenya's training camp.