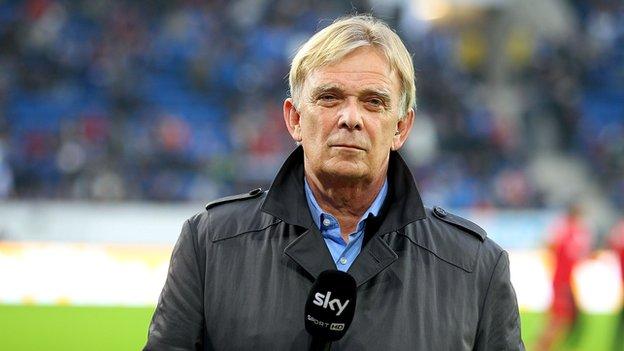 German Volker Finke has signed a two-year deal with Cameroon, having recently been named the new coach of the Indomitable Lions.

The 65-year-old will be assisted by ex-Ghana international Ibrahim Tanko.

Finke took charge of his first game last week - a 0-0 draw with Ukraine in a friendly - and has now officially replaced Jean-Paul Akono.

His first competitive game will be against Togo in Lome in a World Cup qualifier on Sunday.

And a week later, qualification for next year's tournament in Brazil continues with an away game to DR Congo.

Akono had originally been expected to remain in charge for both matches before making way for Finke but he suffered a heart attack and is still recovering.

The appointment of Finke has been controversial after the Cameroon Football Federation advertised Akono's job without his knowledge, leading to an unseemly spat of claims and counter-claims.

Akono insisted he had been in negotiations over a contract at the time he heard a new man was being sought for his position.

Finke inherits a Cameroon side who are joint top of Group I alongside Libya, and who can go three points clear by beating Togo.