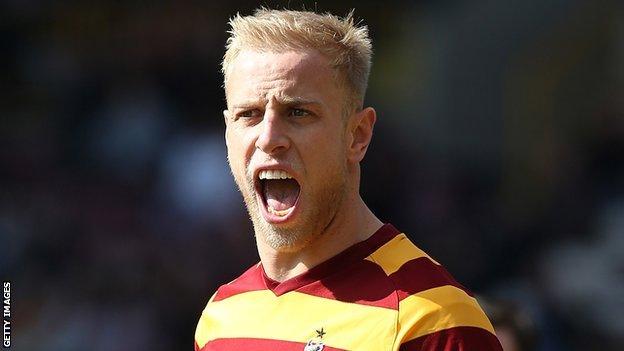 The 28-year-old played 33 times last season, including twice at Wembley in the League Cup defeat by Swansea and play-off win over Northampton.

He joined the Bantams on loan from Stoke in September 2011 before signing permanently last summer.

"Getting promoted still hasn't really sunk in for me yet - it was a massive achievement," he told the club website.

"Now moving onto League One and having the opportunity to go to good stadiums and test yourself against better players, I am just really looking forward to the challenge.

"I want my career to keep progressing, and the reason I have signed this new deal is because I believe my career can progress here at Bradford City."