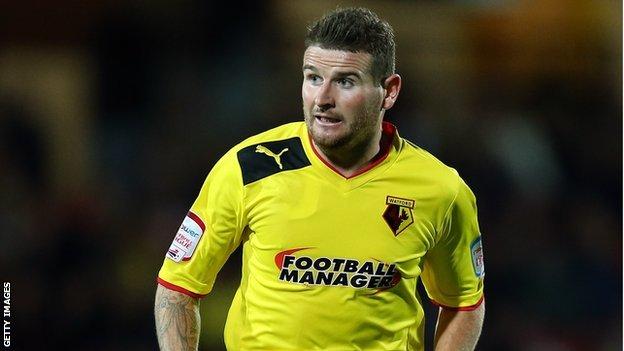 Watford have 15 professional players registered for next season after releasing seven players, including Mark Yeates and Stephen McGinn.

Manuel Almunia, Jonathan Bond, Fitz Hall, Lloyd Doyley and John Eustace are also out of contract but are likely to be offered new deals.

Contracted for next season

Thirteen players have reached the end of loan deals at Vicarage Road.

A total of 21 players are poised to leave Vicarage Road this summer, although many of them are loan signings from Udinese and Granada, clubs who also belong to Watford's Italian owners the Pozzo family, and

Despite being under a transfer embargo the Hornets will be allowed to make signings on a case-by-case basis.

Match-day squads next season will be restricted to five loanees, with four from any one club.