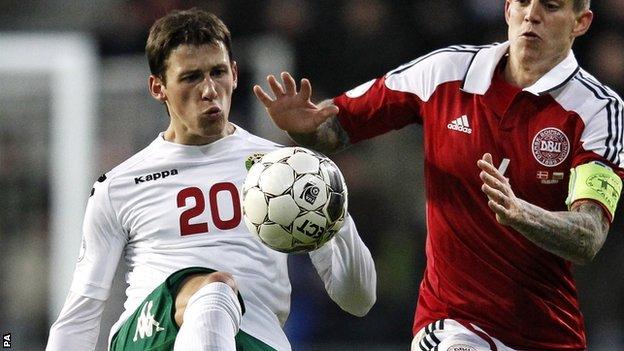 The final paperwork with Polish club Poznan is due to be tied up next week.

"I played alongside Aleks, so I know a little bit about what kind of a player he is," said Petrov, now assistant development coach at Villa.

"The main thing is that the manager likes him as well and the way he plays.

"I think Villa fans have one exciting player on their hands."

Tonev, who lined up alongside Petrov when he made his international debut in added: "Stiliyan and Dimitar Berbatov have done really well in this league.

"They are both great Bulgarian players. Hopefully, I can do the same and make my mark on the Premier League.

"I have played in front of big crowds before but the atmosphere here in England is unique. The crowd is like a 12th player for the team."

Meanwhile, Villa chief executive Paul Faulkner has been re-elected to the FA Council, having first been voted on to it a year ago.