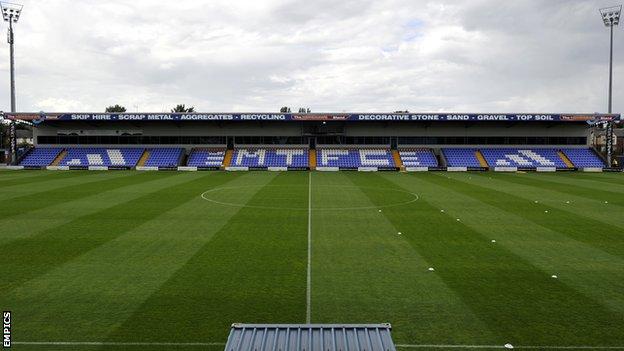 Macclesfield Town have finalised an agreement which will see the club owned by members of the local community.

Present owners Amar and Bashar Alkadhi, and other board members, are to transfer their shares into a Community Interest Company.

And Cheshire East Council has acquired the freehold of the club's Moss Rose ground for £285,000.

"This arrangement gives the club the cash flow it needs at a difficult time" said director Barrie Darcie.

What is a Community Interest Company?

The department of Business, Innovation and Skills says Community Interest Companies (CICS) are limited companies, with special additional features, created for the use of people who want to conduct a business or other activity for community benefit, and not purely for private advantage.

"But it also creates a club that will be genuinely owned by and anchored in Macclesfield."

As part of the agreement, the existing board have written off all loans made to the Conference Premier club.

Amar Alkhadi is staying on to become a director of the new company, along with former chairman Mike Rance and Andy Scott, and they will be joined by others in due course.

Rance left the Moss Rose last year, but has been heavily involved in looking for a site for a new stadium and as part of the agreement, a new stadium will be built in the South Macclesfield Development Area, subject to planning permission being granted.

"Macclesfield Town Football Club is part of our heritage and we should not and cannot lose it," said Michael Jones, the leader of Cheshire East Council.

"We are incredibly proud of their achievements and it is unfortunate that they have succumbed to the financial pressures exacerbated by our current economy.

"It is in times like this that Council's can and should play a part, after all the club is incredibly important to the town's identity and adds to the visitor economy enormously, providing much-needed jobs and prosperity."

Macclesfield finished 11th last season, but reached the fourth round of the FA Cup for the first time in their history.

The club recently appointed John Askey and Efe Sodje as the new management team following the sacking of Steve King.