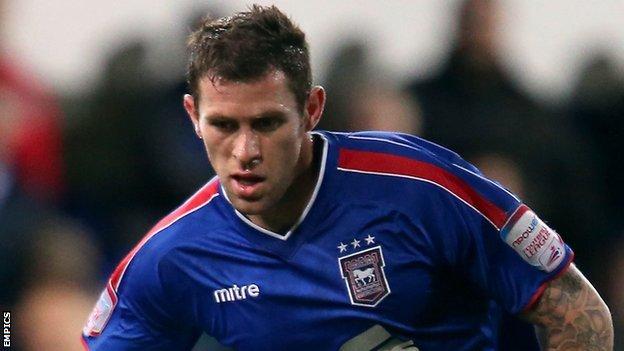 Ipswich Town will sign forward Daryl Murphy on a two-year deal following his release by Celtic.

The 30-year-old spent the majority of last season on loan at Ipswich, playing 40 games and scoring seven times.

The deal will be completed on 1 July when his contract with the Scottish Premier League champions expires.

It will mark a fourth separate spell at Portman Road following a loan stint from Sunderland in 2009 and two from Celtic in 2011 and 2012.

"I had a chat with the manager at the end of the season and I'm pleased to get the deal done and finally be an Ipswich player on a permanent basis," he told the club website.

"It's well documented that I love being at Ipswich and I made no secret that I wanted to return."

Republic of Ireland international Murphy has made just 10 starts for the Hoops since joining from Sunderland three years ago, with the majority of his football played in Suffolk over that time, where he has been used primarily as a wide midfielder.

Murphy said earlier this year that

He becomes the third player to join Mick McCarthy's side permanently after a loan spell last season, following and arrivals on two-year deals.