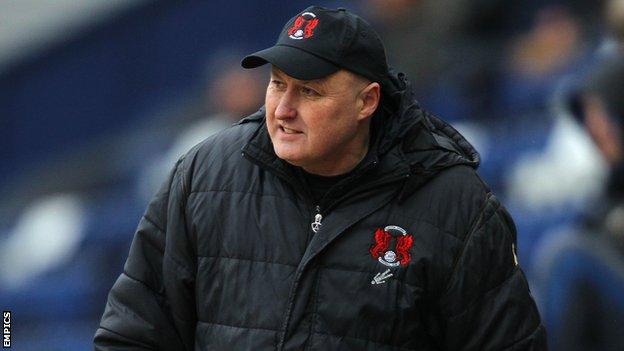 Leyton Orient manager Russell Slade has extended his contract until the end of the 2015-16 season.

The former Yeovil and Brighton boss joined the O's in April 2010.

"I feel we've made huge progress on and off the field in my time here and we have some positive foundations in place to build on for next season," he told the club website.

Slade, who had one year remaining on his previous deal at Brisbane Road, guided Orient to seventh place in League One last season.

"With the improvements that have gone in to the backroom team and the training facilities, there's a chance for Orient to push on now and challenge for a place in the Championship.

"It would be a magnificent story if we could achieve that," he said.

"I'm equally pleased to be having the two Kevins alongside me as well. We work well as a team and they both bring their own qualities to the table which help make my job easier and give the club a better chance of success.

"We have the core of a successful squad from last season and we know which areas we want to strengthen to make that extra step."