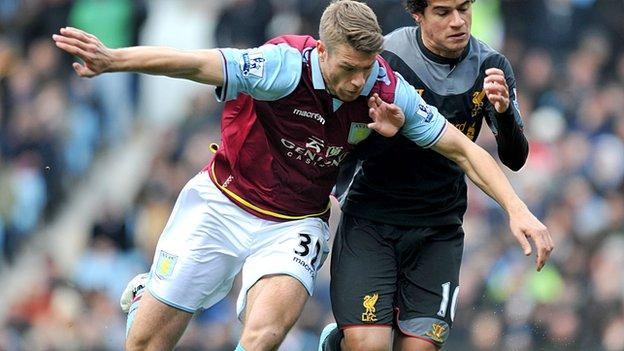 Aston Villa defender Nathan Baker has signed a new three-year deal, tying him to the Premier League club until 2016.

The Worcester-born 22-year-old, who can also play at left-back, made 30 first-team appearances this season, having played 13 times previously.

"We were one of the youngest squads in the Premier League last season and we got stronger and stronger," said Baker.

"The fans could see the progress we were making and got behind us strongly. That was felt keenly by the players."

The England Under-21 international added: "It really helped us when we had to produce big performances and dig out big results.

"If we play next season the way we ended the one just gone, we believe we can push up the table and surprise some people."

Villa boss Paul Lambert added: "For any player here at Aston Villa, the goal is always to strive to be the best you can and to keep improving as an individual within the team.

"Nathan has demonstrated courage and real willing. These qualities will underpin his efforts going into the new season."

"That's just who I am and I'll never change. It's nice that people appreciate that."