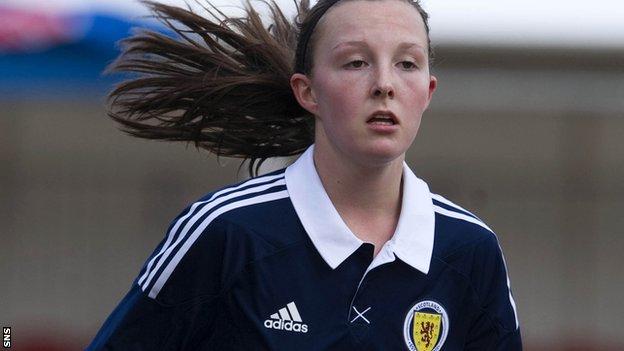 Scotland women were unable to recover from three first-half goals by Germany in a friendly in Essen.

After a scoreless opening half-hour, the hosts moved ahead when Lena Goessling fired past keeper Gemma Fay.

The striker rolled the ball into the net for Germany's second and added another with a powerful close-range effort.

Anja Mittag and Svenja Huth tested Fay in the second half while Carline Weir threatened for the Scots late on.