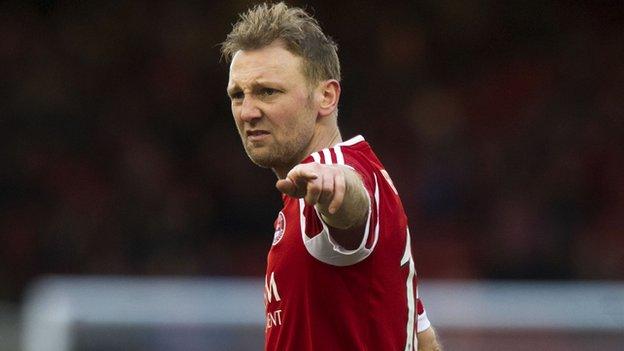 Aberdeen have confirmed that midfielder Stephen Hughes has been released from his contract with the Pittodrie club.

Hughes joined the Dons from Motherwell on a two-and-a-half-year deal last January that would have kept him at the club until summer 2014.

Last month, Aberdeen boss Derek McInnes said Hughes was one of 11 players who would not be offered new deals.

The 29-year-old made just over 30 appearances for the Dons and can now explore his options as a free agent.

After starting his career at Rangers, where he made 43 starts in the Scottish Premier League, he made a £100,000 switch to Leicester, before heading to Motherwell 100 games later.

He spent time out on loan at MK Dons after joining Norwich City in 2009.