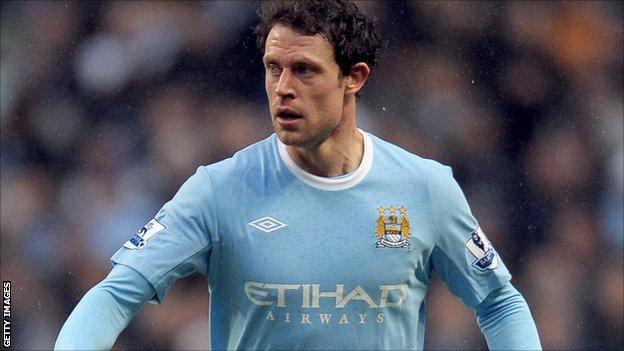 Reading have signed Manchester City defender Wayne Bridge, who has agreed a one-year deal at the Madejski Stadium.

The former Southampton, Chelsea and England left-back is manager Nigel Adkins' first signing of the summer.

Bridge, 32, joined City in 2009 but spent much of his time out on loan, including last season at Brighton.

"I'm delighted be signing for Reading and excited to be joining a team that is going to be looking for promotion next season," he said.

Bridge, who had been linked with a move to QPR, has 354 league appearances and 36 England caps to his name.

During six successful years at Chelsea, he won all three domestic trophies and also featured in two World Cup squads. He also went to one European Championship tournament with Sven-Goran Eriksson's England.

Bridge signed for Manchester City in January 2009 for £12m and made 57 appearances for the club before loan spells at West Ham, Sunderland and Brighton.

He made 42 starts for Gus Poyet's Brighton last season, achieving a play-off place with the Seagulls as well as the left-back position in the Football League Championship Team of the Year 2012-13.

"Reading look like a team who are capable of getting back into the Premier League, a team that works hard for each other," added Bridge.

"That is something I want to be a part of and I'm really looking forward to next season."