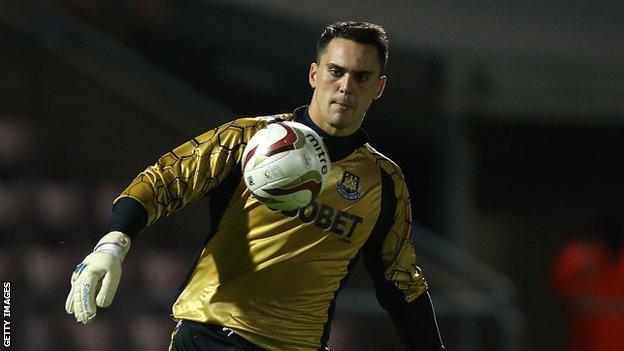 Leyton Orient have completed the signing of goalkeeper Jake Larkins on a free transfer.

The 19-year-old, who has released by West Ham United this week, has signed a one-year deal with the League One side.

Larkins did not make a senior appearance for the Hammers but featured regularly for their development side.

O's chief scout and goalkeeper coach Kevin Dearden said: "Jake is someone I've watched on a number of occasions and I have been impressed with him."

Dearden told the club website: "I had a good conversation with Martyn Margetson, the goalkeeper coach at West Ham, and he came highly recommended so we got him in to train with us towards the end of the season and he did very well.

"The gaffer [Russell Slade], Kev Nugent and I liked what we saw and we believe he will be a valuable member of the squad and be able to push Jamie Jones for a starting place straightaway."

The transfer will formally go through after Larkins' contract with West Ham expires on 30 June.