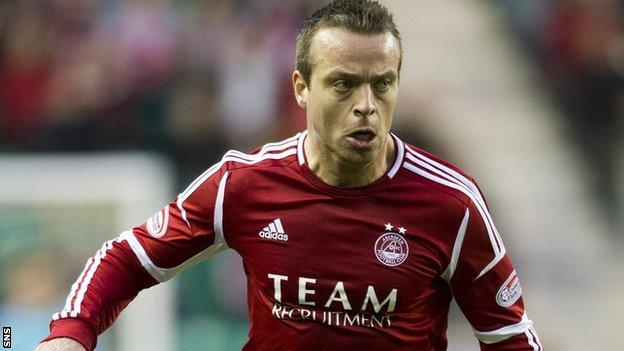 Scotland midfielder Gavin Rae is to rejoin Dundee as a player/coach.

The 35-year-old, who won the last of his 14 caps in 2009, returns to Dens Park as a free agent after a season with Aberdeen.

Rae left Dundee in 2004 for Rangers and spent three injury-hit years at Ibrox before moving to Cardiff, reaching the FA Cup final in 2008.

He signed a short-term deal with Dundee in October 2011, scoring three goals in 13 appearances.

Rae, who is currently undergoing his A licence coaching course, will combine playing and coaching in his third spell at the club.

Meanwhile, Maurice Kidd has resigned as a director of Dundee FC Supporters' Society with immediate effect and will relinquish his post on the club's board.

This precedes the expected return of the three directors who stepped down over a disagreement on proposed funding from a US-based investor.