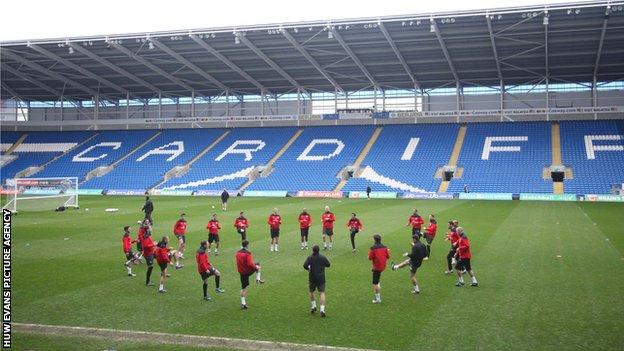 Wales will play their World Cup qualifiers against Serbia and Macedonia at Cardiff City Stadium.

Chris Coleman's side face Serbia on 10 September before Macedonia visit on 11 October in the penultimate Group A game.

Cardiff hosted qualifiers against Belgium and Scotland while the Croatia game was played at Swansea.

"The players enjoy the atmosphere at the Cardiff City Stadium," Coleman said.

"The support has been fantastic.

"I have no doubt that we are moving in the right direction and a strong finish in the group, both at home and away to Macedonia and Belgium can give us the chance of a third place finish.

"That would be a great reward for the hard-work that everyone has put-in over the last eighteen months."