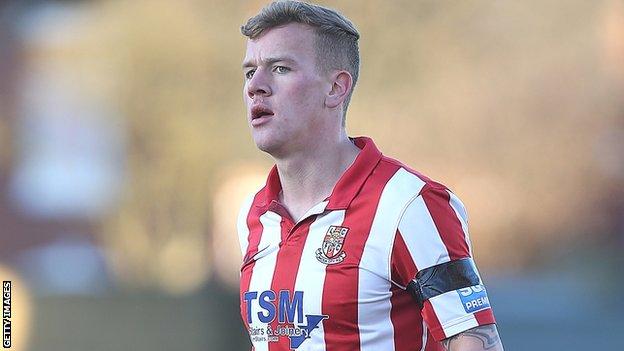 The 22-year-old rejoined the Imps in July 2012 after being released by Newport County and made 44 appearances last season.

The former Norwich City academy player, who can also play in midfield, was signed by Rangers in 2008 but failed to break through to the first team.

He left Rangers for League of Ireland side Dundalk in 2010, before joining the Exiles in January 2011.