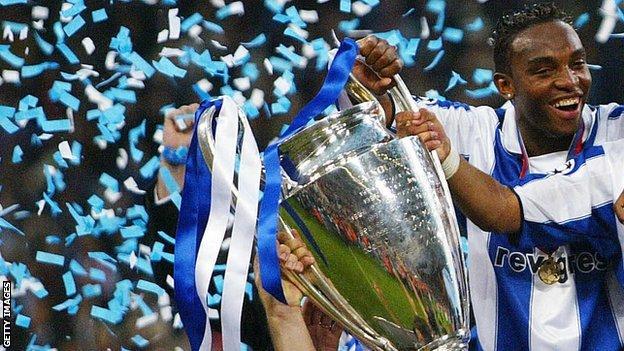 Universally known as Benni, the 35-year-old Cape Town-born striker has announced his retirement, ending an illustrious but controversial 17-year career in which he won titles in Europe and his home country.

While there was speculation about one last move to the Middle East or the USA, injury problems which restricted him to only 10 goalless league and cup appearances for Orlando Pirates in 2012-13 no doubt hastened his decision.

It was as a scrawny 19-year-old that McCarthy first made headlines, having been plucked from the dangerous ganglands of Cape Town's Hanover Park township, when he starred for his hometown club Seven Stars in 1997, helping them win promotion to the Premier Soccer League a season later.

McCarthy moved into the international spotlight at the 1997 Africa Under-20 Championship in Morocco, finishing as the tournament's top scorer.

The first of his 80 appearances for South Africa's senior team, in a friendly against Holland in Johannesburg, and a transfer to Dutch giants Ajax followed later that year.

It was his move to Amsterdam that provided the catalyst for the formation of Ajax Cape Town, a merger in 1999 between Seven Stars, the club started by his business manager Rob Moore, and Cape Town Spurs.

McCarthy's star rose even further with his maiden appearance at the Africa Cup of Nations, in Burkina Faso in 1998, as he netted four goals in the space of 13 minutes against Namibia and finished as the tournament's joint-top scorer on nine goals with Egypt's Hossam Hassan.

After winning the Dutch league and cup with Ajax, a move to Porto, via Spanish club Celta Vigo, saw him reach new heights.

Playing under Jose Mourinho, who he credits with reviving his career, McCarthy won the Portuguese Golden Boot in 2004, the same year in which he became the first, and so far only, South African to win a Uefa Champions League winner's medal as Porto beat Monaco in the final.

A move to Blackburn Rovers in 2006 started a five-year spell in England which included an 18-goal haul in his first season, a tally that saw him finish second only to Chelsea's Didier Drogba in the goalscoring stakes.

But an ill-fated move to West Ham four years later was marred by weight and fitness problems and ended with a nasty public row with club vice-chairman Karren Brady. McCarthy was, however, able to walk away with a reported £1.5m after having his contract terminated by mutual consent.

Controversy also marred his relationship with several national team coaches, with McCarthy often making himself unavailable for Bafana Bafana games, as he prioritised his club commitments in Europe, angering local fans in the process. He also retired more than once, further nurturing his love-hate relationship with coaches and fans.

But as he contemplates completing his coaching badges and a career as a television pundit, even McCarthy's fiercest critics won't be able to deny the indelible mark he has made on the South African football landscape - his records will see to that.