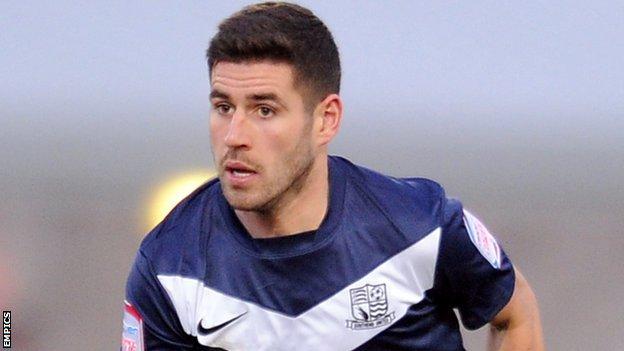 The 28-year-old is out of contract this summer and has not played a game since February, when he broke his leg in a 1-0 win at Leyton Orient.

Southend said they did "not have the full details" of the offence.

But in a statement they expressed their "intention to stand by Michael to help and support him in any way possible".

Timlin was sentenced at Basildon Crown Court on Wednesday after giving Essex Police false information about three speeding offences in 2010 and 2012.

"The club have always found Michael to be a most professional and honourable person and believe the error of judgement leading to his imprisonment [to be] totally out of character," the statement added.

after two loan spells at Roots Hall, and has made 90 appearances for the Essex side, scoring five goals.