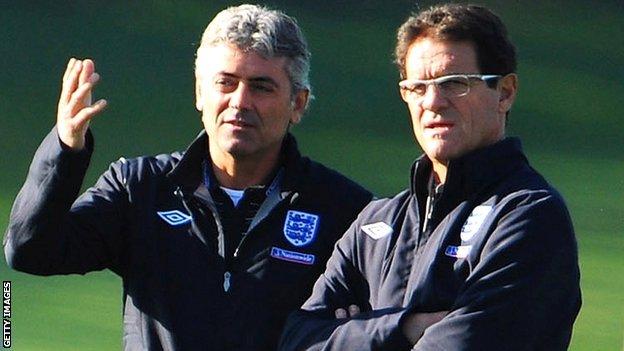 The Italian, 52, left his post at Roma on Wednesday and will take charge of Spurs' scouting and transfer policy.

Manager Andre Villas-Boas is understood to be keen on a continental management structure at White Hart Lane.

Baldini knows the Premier League well having spent four years as Fabio Capello's right-hand man during his time with the England national team.

He has spent the past two seasons with Roma, but is now clear to join Spurs having negotiated an amicable departure from the Serie A club on Wednesday.

Baldini, who had originally been linked with a move to Spurs late last year, said: "I want to thank AS Roma's ownership for the opportunity to work together. I have enjoyed my time in Rome and wish the best to the club, the players and fans."

Speaking last month about the role of technical director, Villas-Boas said: "It's something that I am used to working with.

"Since the first day I told the club that it's somebody who is extremely important in my view to the structure of the club."