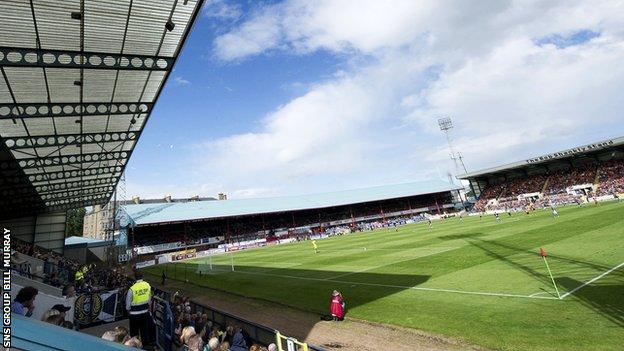 Three Dundee directors who resigned in the wake of the refusal to immediately accept American investment in the club are expected to return to the board.

But the society representatives are now recommending the proposal.

And the directors are set to rejoin after a board meeting on Thursday.

The supporters' society are to ballot shareholders on a plan, which promises initial investment of £650.000 for strengthening the first team and for a youth academy programme.

The three directors will rejoin supporters' representatives Maurice Kidd, Dave Forbes and Fraser MacDonald on the Dens Park board, with the fans' group controlling 51% of the club.

Since the interest from Keyes Capital was first revealed last month, Dundee have lost two players that had been offered new contracts, with John Baird and Gary Harkins opting to join Partick Thistle and St Mirren, respectively.

Manager John Brown is waiting to hear from a host of others who have been asked to stay on but has captured Peter MacDonald and Willie Dyer, who were at Morton last season.