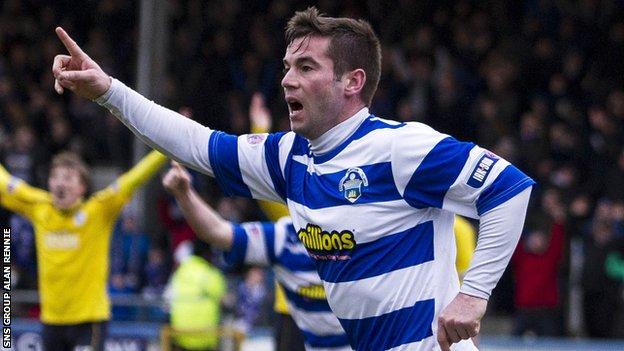 Dundee have completed the signings of striker Peter MacDonald and left-back Willie Dyer.

The out-of-contract duo were both with Morton last season, finishing runners-up in Division One.

MacDonald, who spent 10 years at St Johnstone, scored 15 goals last term, despite missing the start of the season with an injury.

The Dens Park club, who were relegated from the Scottish Premier League, have lost John Baird and Gary Harkins.

The forward pair have agreed to join Partick Thistle and St Mirren, respectively.