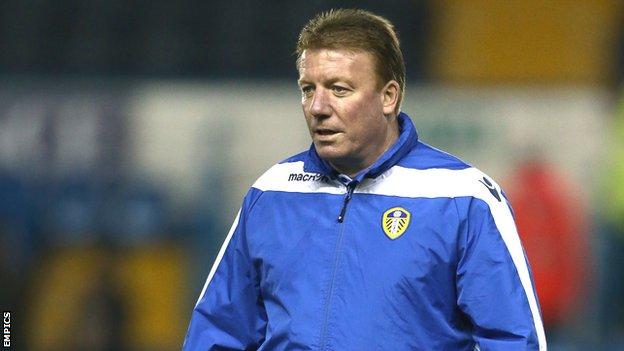 Bury have appointed Ronnie Jepson as their new assistant manager following the departure of Peter Shirtliff.

Former striker Jepson, 50, scored 12 goals in 59 games during an 18-month spell with the Shakers as a player.

His last position was as number two to Neil Warnock at Leeds, a role he held until April

Along with manager Kevin Blackwell, Jepson will be aiming to help Bury back into League One after being relegated from the third tier last term.

Jepson, who had two years as Gillingham boss between 2005 and 2007, told the club website: "I have some great memories of this place and a lot of success here.

"When the gaffer rang me and offered me the job, I didn't think twice. I know where this club can go and I know that Kevin is very excited with the new ownership."

Shirtliff informed new chairman Stewart Day, who last week, of his desire to leave the club on Monday.

and had last August, but

The former Sheffield Wednesday centre-back stayed at Gigg Lane as Blackwell's number two for the remainder of the campaign as Bury dropped down to League Two.

Blackwell added: "I'd like to thank Peter for the work he has done for me and for the club during my time here. I'd also like to wish him all the best for the future.

"I'm delighted to have Ronnie on board and it's great to see him back at the club where he had so much success as a player.

"If he can do as well in management as the time he had here with Bury as a player, then it bodes well for the future for this great club and I am looking forward to working with him again."