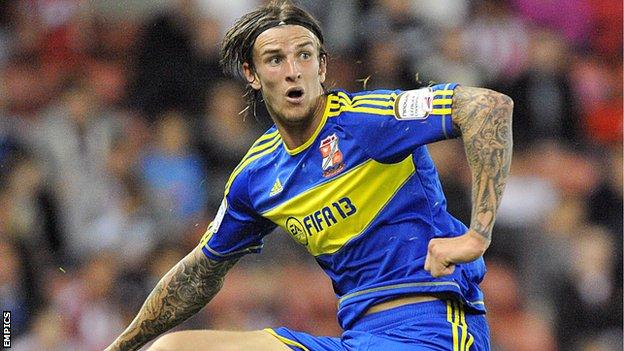 Bristol City are set to complete the signing of Swindon Town defender Aden Flint next week.

BBC Radio Bristol understands City have had an offer of £300,000 accepted are now expected to discuss personal terms with the 23-year-old centre-back.

Town recently took up an option on Flint's contract, extending his deal for another season.

But after Bristol City made an unsuccessful bid for the player, he handed in a transfer request.

City tabled an improved offer but a 20% sell-on clause due to Alfreton Town, his former club, delayed negotiations.

He has played 79 games for the County Ground outfit, scoring eight goals.